The Foundation for Social Entrepreneurs, with Mark Norbury, UnLtd

UnLtd is the UK’s largest supporter of early-stage social entrepreneurs.

Mark Norbury grew up in the time when Land-Aid, Band-Aid, and Live-Aid were popular. “The idea that you can be a rock star who saved the world was pretty damned compelling when you’re fourteen years old” he confesses. But, with a lack of musical talent, Mark decided to focus on the second half of the equation, changing the world.

As an 18-year-old, Mark volunteered on London’s east side, working with Father Duncan. “He was much more of a social activist than he was a priest,” Mark explains. “He was five-foot-nothing. He was a British-Asian guy who experienced a lot of racial abuse…He also fostered a young kid who had come from an abusive background. And he had a rare blood disorder that caused him to have to take whole body blood transfusions.”

During his work with Father Duncan, Mark experienced a world different from his own, from domestic abuse to illiteracy, to the lives of the elderly. “That was where I realized that what I needed to do was to try to make a difference.”

Mark helped set up INSEAD’s Social Innovation Centre where they introduce and develop new business models that deliver sustainable economic, environmental and social prosperity. He also was a trustee at Bridges Ventures. It was while at Bridges Ventures that he first had contact with UnLtd. In 2016, he joined UnLtd as its Chief Executive Officer.

UnLtd has backed over 40,000 individuals over the last 15 years. They provide three levels of awards to early-stage social ventures:

These awards come with support such as business advice, coaching, mentoring, and peer-to-peer support.

[spp-tweet tweet=”“Everything we do, the social entrepreneur is at the heart of it.” @MarkjNorbury, @UnLtd”]

“You’ll find social entrepreneurs in these communities making something with nothing.”

“They’re creating a micro-conglomerate of brilliance and hope, and it’s all self-sustaining.”

Grab a Free Chapter of My New Book

Before you go, grab a free chapter of my new book, Crazy Good Advice: 10 Lessons Learned from 150 Leading Social Entrepreneurs. 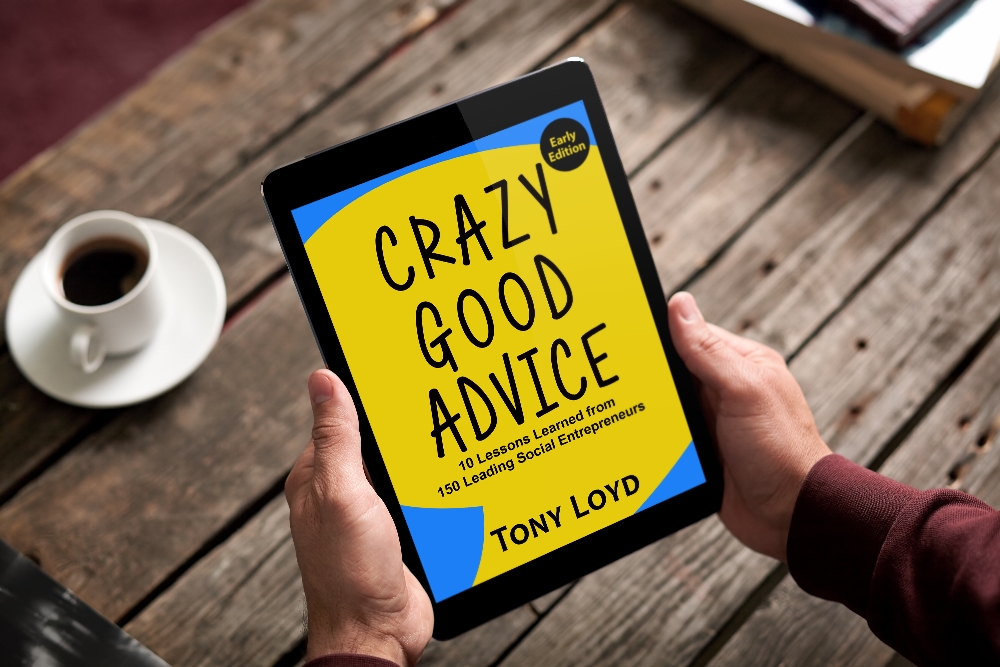 Tony Loyd is a leadership development expert. He is a best-selling author, keynote speaker, and coach. He helps purpose-driven business leaders to thrive so that they can connect and contribute at a deeper level. Find out more at https://TonyLoyd.com.

What do you think? Tell me here. Cancel reply

This site uses Akismet to reduce spam. Learn how your comment data is processed.